U18s Win away in the battle of the Forts! 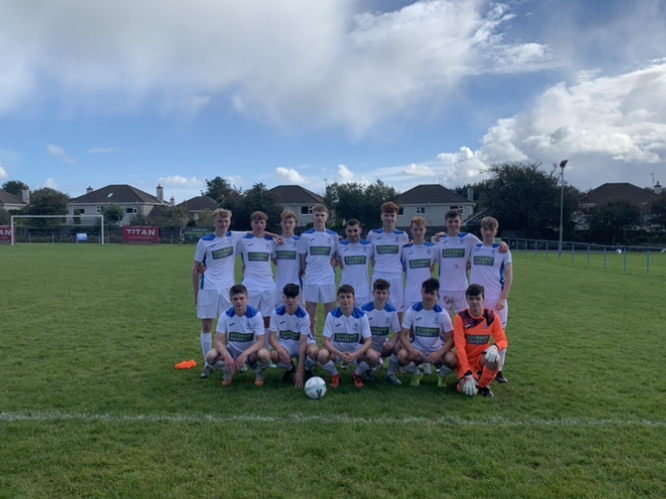 Download our mobile app to hear more about Kinsale AFC.

Kinsale travelled to Camden to play Crosshaven yesterday in what would be a local derby! Crosshaven started the day 2 points ahead of Kinsale. Following a 50 min delay after a referee mix up. Big thank you to referee Keith Callanan who came at short to ensure the game was played.

Kinsale started well against the wind dominating the first half creating plenty of chances but failed to test the keeper. Despite some excellent football the first half finished 0-0.

Kinsale pressed hard in the beginning of the second half knowing they had to push further pressure on Crosshaven, after a overhit corner by Alex ball was headed back across goal by Conor G where Jason was there to volley home 1-0.

Kinsale pushed on again and from another corner this time delivered by Max, Kris got the final touch after both him and Conor G went off celebrating it. Kinsale made 2 changes after that goal bringing on Ben L and Oisin Hayes for Cian Quinn and Tom Folley.

Kinsale continued to play nice football and got a further 2 goals another from a corner with Kian o Callaghan putting it away and Conor Gillen finding the target after a good passage of play.

Unfortunately we conceded with minutes to go on the counter attack to rob Ger of a debut clean sheet.

Great team performance by the lads.

Kinsale AFC opened our new clubhouse on the 24th of Octob...

Kinsale AFC Thanks all our sponsors!

Kinsale AFC would like to thank each person, family and b...

We in Kinsale AFC have recently built a state of the art ...

Get live information for Club on the ClubZap App